Construction for the Olympics is hitting it’s stride in a classic Japanese manner – hear no evil, see no evil, say little.  Rest assured, the facilities will be world-class and a delight for athletes and visitors.  Getting there might be a bit messy.

A four-fold increase in construction costs – blowing out the original budget –  resulted in changes to the locations of many Olympic events scheduled for the 2020 Olympics. With the election of the new Tokyo mayor, Yuriko Koike, Japanese officials took a closer look at the construction plans and are now forecasting vast increases primarily due to quite inaccurate initial construction estimates. The overall cost of the initial plan is said to be 3 trillion yen, or $29 billion, more than three times as much as the 2012 London Olympics.

Japan originally presented the 2020 Olympics as a centralized, or “compact,” Games in which 90% of the competitions would be held inside roughly a 5-mile radius.  This enables spectators to attend as many events as possible. The most controversial of the changes that have been floated is moving the rowing competition to South Korea, which Japan also shared the hosting of the 2002 World Cup, or to a site some 250 miles north of Tokyo near Fukushima, the site of the 2011 nuclear disaster following the devastating earthquake and resulting tsunami.

Engineers in Japan at Cart!vator are also working on a flying car which may be used to light the Olympic flame for the opening ceremonies. Japan hopes to highlight their technological prowess and capability during the Games. A one-fifth sized prototype with four moving rotors has already been demonstrated, but a lot of work is left to do on batteries and weight to get it fully sized and capable. It could go as far as 100 miles and could be invaluable for search and rescue uses. Should be really amazing if they can pull it off! 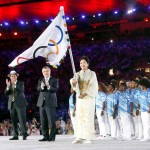 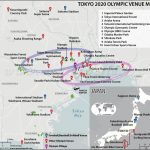