How Best to See Sumo While In Tokyo

Top Things to Do – Sumo In Tokyo: This is of an ongoing series that will highlight fantastic finds and things to see, do, drink, and eat in Tokyo.

Sumo is simply fantastic fun – drama, pomp, circumstance, ritual, athleticism and theatre all wrapped into one –  befitting the world’s oldest continuous sporting event.    If you are in Tokyo during one of the three grand tournaments on offer in January, May and September you can catch some of the action at Ryogoku Kokugikan, Tokyo’s National Sumo Hall. 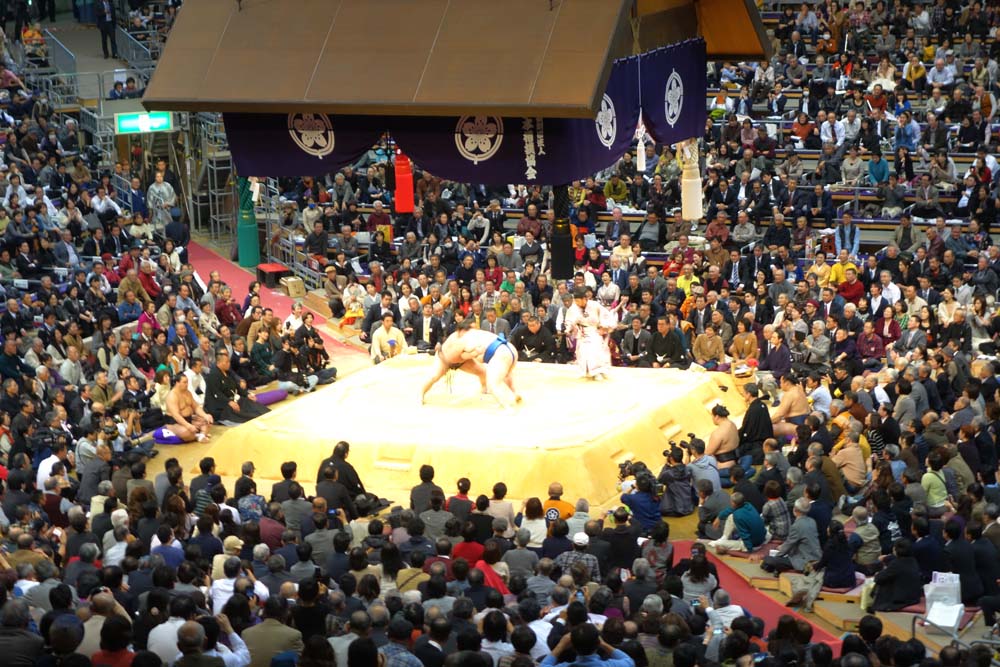 The matches start early in the day with the lower division, club and school divisions  and work their way up to the top division’s big boys (literally).  The events each last 15 consecutive days starting and ending on a Sunday.  The matches themselves are intense bursts of energy and surprising quickness and agility preceded by a slow ritual-filled build-up in tension to the actual bout.  There are a lot of large bodies, muscle, and skill on display and while clearly not officially sanctioned, we do have great fun in handicapping the wrestlers and making some small wagers amongst friends as to the winner of each match.  Be sure to get an English language agenda for the day’s matches, which will have some information to help you handicap your wrestlers like their rank, overall record in the tournament, as well as their head-to-head record.   Get there well before the start of the top division (4:00pm on most days and 3:30pm on the final day) to see the opening ceremony.  The top division bouts will end with the highest ranked fighters (Yokozuna) competing at the end.  As a bonus, from January 2015 you may have a chance to see the undisputed best wrestler the sport has ever seen – Hakuho.  In January 2015 he won his 33rd tournament, breaking the record formerly held by the legendary Taihō for the most tournament wins in the history of sumo.  The bouts are over at 6pm sharp each day allowing plenty of time for a tasty Chanko nabe (a communal soup pot which is the staple of Sumo wrestlers) experience at one of the numerous local and excellent purveyors, many run by former Sumo wrestlers.

For a truly local experience, we highly recommend the masuseki seats, literally “square seats” which are boxes of 4 seat cushions on a tatami mat floor where you sit cross legged after having removed your shoes. These are only sold by the box and are more expensive (11,000JPY per seat) and difficult to come by.  Ask your hotel concierge if they can arrange it for you. The seats are closer to the action and an added bonus is you can preorder wonderful take home souvenir bags full of interesting goodies and snacks and you can have sake, beer and tea brought to you by the local tea house which services and owns your box seats.    During the matches, take a few minutes to explore the stadium, especially the giant trophy case that houses all the awards the winner of the tournament receives.

If it’s not tournament season, try to catch an early-morning training session at a beya, or sumo stable. Have a Japanese speaker call the afternoon on the day before you want to go, to make sure visitors are welcome. You might ask the staff at your hotel if they have an inside track with one of the teams. Sessions may start as early as 6 a.m. and are usually over by 8 or 9 a.m.  Inside the stable, keep quiet and out of the way; you may have to sit on the floor, legs crossed. And don’t take flash pictures. You might be expected to make a small donation.

Take the JR Yamanote line to Akihabara and transfer to the Sobu line for Ryogoku station; the stadium is next door. The Toei Oedo line also stops at Ryogoku station.  Also be aware that the stadium is right next door to one of our favorite museums, the Edo Tokyo Museum, which makes for a great cultural and historical appetizer (if not a meal in itself) in the lead up to the Sumo experience. 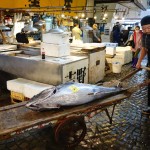 Visit the Tsukiji Fish Market Before it Moves!General Travel, Top Things to Do – In Tokyo 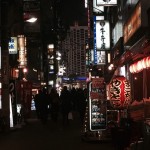 Eating in Tokyo Like a Local: Salaryman Style in ShimbashiGeneral Travel, Top Things to Do – In Tokyo