Eating in Tokyo Like a Local: Salaryman Style in Shimbashi 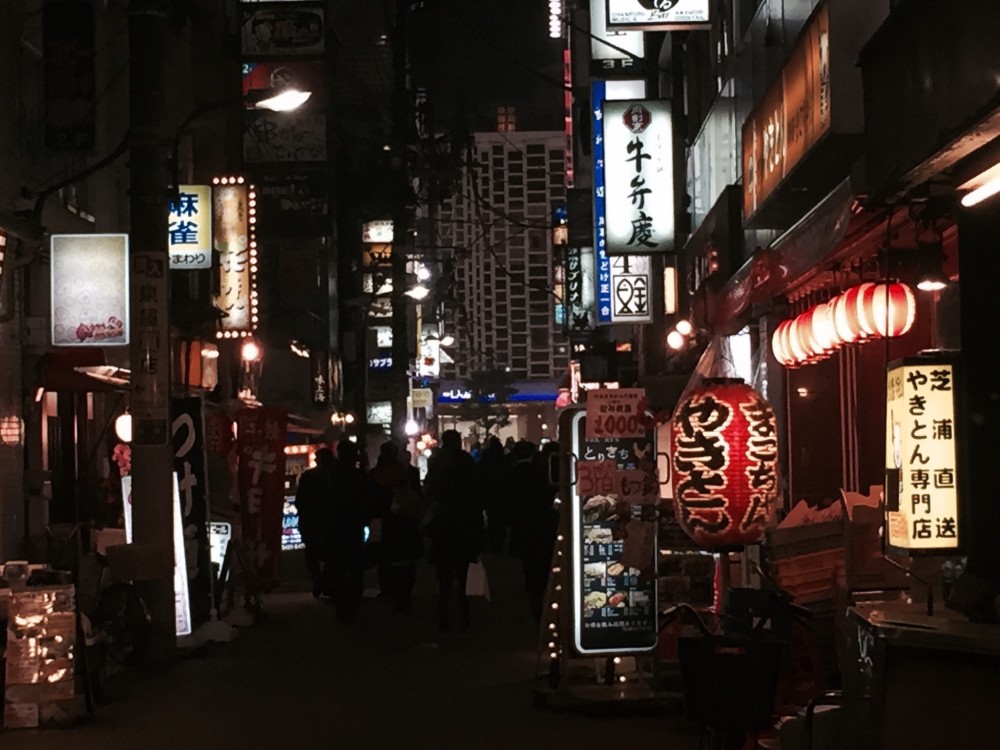 Most people think a Japanese “salaryman” is simply a white collar worker dressed in a dark suit, white shirt and forgettable tie.  In our world-view however, the Japanese salaryman is an icon that encapsulates much of what makes Japan what it is today – rich, efficient, safe, fascinating, fun, at times contradictory and odd, but rarely dull.

These white collar warriors work long hours and as is (mostly still) Japanese custom, spend even longer hours cementing relationships with food and alcohol-filled nights out with co-workers before getting up the next morning to do it all over again.

A driving force behind the Japanese economic miracle from post-WWII up to the 80’s and rightly or wrongly sometimes considered symptomatic of its decline, spend a bit around them and you’re likely to gain some insights into what makes Japan tick while also having a great time.  So take the opportunity to rub elbows with Japanese salarymen at a standing bar, or to dine on the cheap with them at one of the ubiquitous izakaya – small casual restaurants whose name literally means a drinking establishment that allows you to “stay” and eat on the premises – that permeate Shimbashi.

Shimbashi is one of our favorite areas to drink in some local color, not just because of the sheer number of food and drink options, but also because it is a favorite salaryman playground.  Of late, Shimbashi has gone from a bit run-down and even seedy (interestingly so) to rejuvenated and now features wine and French-style bistros in addition to the ubiquitous old-school yakitori, oden, yakiniku, ramen, tachinomiya (standing bars), izakaya and sake bars that have made this a favorite salaryman hangout since the 1960s. 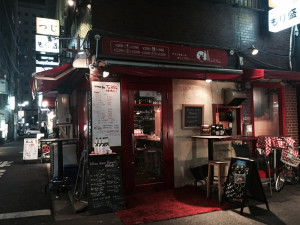 And actually Shimbashi has a long history as a vibrant neighborhood of markets, shops, restaurants and drinking establishments dating back to 1872 when it opened as the original terminus of the first rail line in Japan, the Tokkaido-sen.  Shimbashi was also the first location to link Japan to Tokyo’s rail system, resulting in a natural environment for such a vibrant and interesting neighborhood to germinate, grow and prosper.

Today Shimbashi hosts hundreds of izakaya which specialize in grilled meats, fish and vegetables, sashimi and other casual fare, cooked in tiny kitchens and served on tinier plates.  By definition, they also have extensive drink menus, and are easy to spot by the doorway curtains (called noren), the red lanterns hung outside, and chalkboard menus propped up out front.  You won’t have to venture far from the train station to find side-streets full of them, and the neighborhood is easily accessible on four major JR Lines – Yamanote, Tokkaido, Keihin Tohoku and the Yokosuka Sobu lines, along with 2 Metro (Subway) lines – the Ginza line and the Toei-Asakusa line.

For a really old-school Japanese salaryman experience, duck under the curtains (in the winter the curtains help keep out the cold) of a local street cart serving oden or grilled chicken.  Be prepared for a cloud of smoke (many of these establishments allow smoking), a few stares and being confronted with a wide variety of menu options, but don’t be deterred…just smile and point at whatever looks good.   Be prepared to enjoy yourself and to pace yourself.  Order your food as the Japanese do, slowly over several courses rather than all at once, which makes it much easier to stop when you’re full.  The kitchen will serve the food when it’s ready rather than in formal courses like Western restaurants. This can make for a slightly longer dining experience, but you’ll be enjoying your drinks all the while. 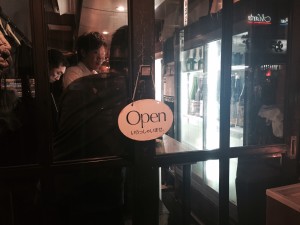 You may not find a menu or prices (in English or Japanese), but again don’t worry about it as the fare is cheap and Japanese purveyors notoriously honest.  Take the same approach to whatever is being offered as a beverage, most likely hot or cold Sake or Shochu (a typically 25%-40% vodka-like beverage typically distilled from sweet potatoes or wheat) on the rocks or in the winter mixed with hot water.  In more upscale establishments (e.g., those with seats) the atmosphere can range from loud and raucous to quiet and reserved, with the latter likely to be a bit higher-end.

Again, in these kinds of places don’t be deterred by a lack of Japanese proficiency, simply smile and point at what looks good around you, or learn these three very useful phrases to help make you dining experience fantastic.  For a drink, “Nama biru, kudasai” (nah-mah bee-roo, kooh-dah-sa-ee) will get you a lovely cold Japanese draft beer and when asked for your order say “Osusume” (oh-soo-soo-may), which basically means, “Whatever you recommend / I’ll leave it up to you.”  We strongly recommend you take this approach and be open to trying any and all foods served to you.   You are almost guaranteed to get something you’ve never tried before and probably won’t even know what it is.  But try it and if you like it point and ask what is this?  “Kore wa, nandesuka”.  Who knows what answer you might get in response.

One of the great things about eating in Japan is that these small, tiny shops are really very intimate experiences and much like eating in someone’s home. Expect to interact with the proprietor and expect great food and service WITHOUT any tips.

Our tours include exploration of Japan’s great cuisine, from casual street food to elaborate Kaiseki meals.  Click here to contact us for your travel plans. 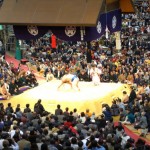 How Best to See Sumo While In TokyoGeneral Travel, Top Things to Do – In Tokyo 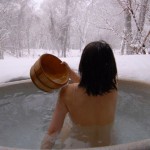