Japan: A Travel Guide to Japan for First Time Visitors 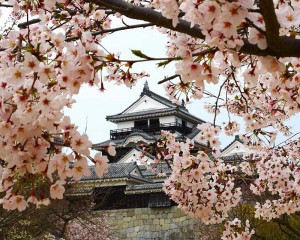 Tips and Hints You Need

So you’re going to visit Japan for the first time. It’s exciting! And also just a little terrifying. It’s half a world away, and everything is very different from what you’re used to. It’s difficult to know how you’ll get around, or how will you interact with people and understand your surroundings, without a working knowledge of the language and culture. Even getting there in the first place can be daunting if you’ve never been before. Fortunately, navigating Japan just takes a little bit of pre-planning. The more you know about what to expect, the better your trip will be. So here’s a brief travel guide to Japan for handling yourself in Japan for the first time.

As long as you’re staying in Japan for 90 days or less, and are there for tourism, visiting friends/relatives, a conference/convention, or a similar purpose, you don’t need a visa. You do, of course, need a valid passport, however. Do some research to find out where your local passport office is (many are located in post offices).

Then there’s the issue of what airport to fly into. There are two major ones to consider: Narita and Haneda. The main one for international travel is Narita. It’s also 35 miles from central Tokyo. Haneda is more conveniently located, but it’s geared more towards domestic travel. There are fewer international flights to and from it, but it is steadily growing in number.

Most people in Japan are taught basic English in school. But even so, if you’re not traveling with someone who knows the language, it’s best to make an effort to learn at least a few basic words and phrases in Japanese, not only for communication, but also as a sign of respect.

Street signs can be an issue as well. Fortunately, over the last couple of years, the more metropolitan areas of Japan have been mandated by the transport ministry to include more English words and phrases in their signage. This includes the addition of “Ave.” after street signs, as well as words like, “airport,” “hospital,” “station,” etc.

Completing the updates of these signs across the country, however, could take some time. While it’s possible to make your way in Japan while speaking only English, it’s better, if you can, to try to have someone with you who speaks some Japanese and can guide you. Even if you can’t manage this, however, any problems you may have getting around will be mitigated by…

All the major cities in Japan have great public transportation that can get you wherever you need to go. In Osaka, Tokyo, and other cities, there are trains and subways all around the city, which are the fastest and most convenient way of getting around.

To get around on public transportation, though, first you’ll need a rail pass. A Japan Rail Pass is offered to tourists on a short term basis, and is good for anywhere between one and three weeks. For the price of a JR Pass, you can ride buses, local commuter trains, and the Shinkansen (bullet train) as much as you want.

The bullet trains tend to be the fastest and most convenient way to get around Japan, especially in Tokyo. However, the fastest bullet trains (Nozomi and Mizuho) aren’t valid with a JR Pass. You’ll have to take one of the others, which will take a bit longer.

Also note that, since the JR Pass is only for tourists, you can’t buy one in Japan. It must be purchased online before you go. They offer 7, 14, and 21 day passes, which are valid on consecutive days beginning on the date the pass is first used in Japan. However, the pass must first be used within is three months from when you buy itactivated as soon as you buy it, s, so don’t purchase it too far in advance, or it will expire!

The large city subway (metro) systems are fantastic for getting around the big cities, particularly Tokyo. The JR rail lines do traverse the big cities and your JR Rail Pass will work to get you around on JR rail lines, but not on the subway (metro). For that you can purchase tickets each time your board (minimum fare is 130 yenjpy) or you can purchase as 500 yen “Suica” or “Pasmo” card and charge it at automated ticket machines located at each station. Then you can simply swipe your card at the turnstile when entering and exiting the station, and the fare is automatically deducted. If you will be travelling around the big cities, this is a real convenience.

Most people know that Japan’s official currency is the yen. What they might not know is that, unlike the United States, which relies on credit and debit cards, Japan is largely cash-based, so it’s important to have plenty on hand for whatever transactions you may need to make. Yen comes in coins up to 500, and the most common bills are anything from1,000, 5,000 and to 10,000 Yen is in bills. They do have a 2000 Yen note which have become a bit of a collector’s item, so you may want to hang on to it if you find one.

Where to get that cash, though, may become an issue. Most Japanese ATMs don’t take credit and debit cards from other countries. There’s one major exception, though: 7-Eleven. The ATMs at 7-Elevens in Japan take all major U.S. credit cards, have user menus in English, and in general, tend to be more reliable even than banks for getting the cash you need. The ATMs at other Japanese convenience stores often do not have English language or are complicated to use.

These are just a few of the things to keep in mind as you travel to Japan. If you have friends who have been to Japan, ask them what to expect as well, and get their perspective. And you can also always ask us at Artisan Pacific Travel. We know the Japanese country and culture and will gladly help you navigate your first trip. It may be a little daunting at times, but there’s nothing to worry about. It’s a fantastically clean, efficient and safe and its people generally very welcoming. It’s the trip of a lifetime, and the experiences you gain there make everything worthwhile.

Click Here for the Best Times to Visit Japan 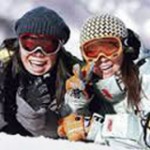 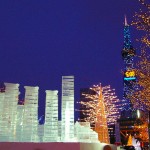